The following wonderful musicians will be sharing their music with us in this years Festival events.  Looking for their recordings?  You can find our virtual “performer’s table” here!

We look forward to performances by the following musicians: 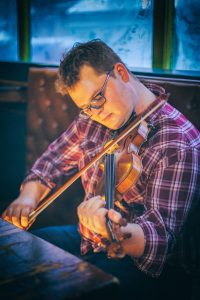 Dylan Foley is one of the great fiddle players of our time, an All-Ireland Fiddle Champion, delighting audiences from Lincoln Center to Irish Television channels RTE and TG4.  Dylan travelled with Mick Moloney in 2013 to Vietnam as part of Irish Aid, bringing Irish music and culture to those who were affected by the horrors of the Vietnam War.  He teaches and performs at the major Irish music summer camps on both sides of the Atlantic. A member of The Yanks, the hot trad band that has been called “the next Irish American dream team,” Dylan is committed to passing on the tradition, as it was graciously passed to him, by the incomparable Rose Flanagan and others. You can hear his passion for the music in the intense drive of in his lively and fluid playing. He is “…one of the finest fiddlers in America and certainly the most genial among them…his feel and tone breathtaking… He pulls brilliant music from the fiddle…”  Daniel Neely/The Irish Echo 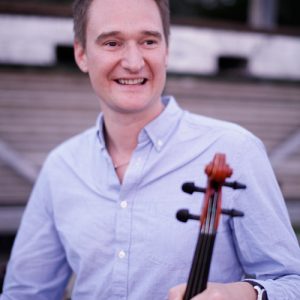 Kevin Henderson is a fiddler who draws on the rich fiddle music tradition of his native Shetland and his experience with leading bands, including Boys of the Lough, Fiddlers Bid, Session A9 and Nordic Fiddlers Bloc to create an expressive and adventurously individual musical style. Brought up in the Shetland schooling system, whose concentration on fiddle music and encouragement to participate still inspire him, Kevin benefited in his teens from the teaching of the legendary Willie Hunter. Lessons with Hunter could comprise chatting over coffee and biscuits and even extend to being taught survival skills, as well as learning both the essentials and the finer points of playing Shetland reels, and every Saturday Kevin came away motivated to emulate his mentor.

It was Kevin’s clear understanding of and feeling for the Shetland tradition that led to him being invited, in 2001, to join the long-established Irish-Scottish band Boys of the Lough, alongside the Irish national treasure Cathal McConnell, an experience that has enriched his musical appreciation and love for a strong melody.

Nicholas Williams has developed a reputation as a versatile and sought-after musician in the traditional music scenes of Québec and New England.  His rhythmic yet nuanced style of flute playing draws from Irish and Scottish traditions, as well as from his studies of classical North Indian music.  After completing a BFA in world music and composition at York University, Nicholas moved to Québec in 2000,  where he has enjoyed exploring the common ground of his own diverse musical experiences with the rich Québécois musical tradition.  Also an accomplished accordion and piano player, he has been a member of the band Crowfoot since 2005, plays with fiddler Laura Risk, and in the Alex Kehler & Nicholas Williams duo.

Pascal Gemme is a leading light in Quebec’s traditional music scene. Known as much for his original compositions as his fine interpretation of traditional tunes, Pascal is the fiddler, singer and arranger of the band, Genticorum, whose CDs have met with critical acclaim in several countries.

From a young age, the fiddle music and songs of his native province have captivated him.  After graduating with a degree in composition and band arrangements at Montreal’s St Laurent College, he immersed himself in the traditional music around him, playing, collecting and recording music found all over Quebec.  Pascal has developed a vast knowledge and is a leading exponent of the music. 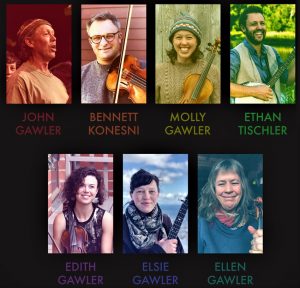 The Gawler Family is a fun-loving, folk-singing, fiddle-playing family band from Maine. John and Ellen Gawler have a long history of keeping the traditions of Maine dance tunes and old songs alive. Their three daughters Molly, Edith and Elsie grew up with music and now play fiddle, banjo and cello and sing three part harmony.

Also raised in Maine, Bennett Konesni owns Duckback Farm.  He runs worksongs.org, where he shares his 20 years of worksong research and development. He envisions a world in which farmers, cooks, and eaters once again sing in fields, kitchens, and at the table.

With their infectious spirit and sparkling musicianship the Gawler Family Band has earned a beloved place in the delighted hearts of varied audiences across the Northeast. 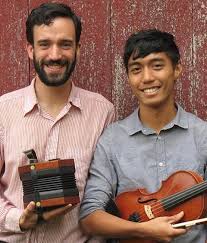 Armand and Benedict are musically bound by a shared love of traditional Irish music, which originally brought them together, as well as an eclectic and ever-growing amalgam of songs both inside and far outside the realm of “folk music”. With a fiddle, feet a couple of concertinas banjo and a pair of complementary voices, the Vox Hunters present an exciting repertoire of driving dance tunes blended with an unorthodox collection of interesting songs and musical varia.

Their philosophy is that the search for good songs is endless and satisfyingly so. “We don’t aim to fuse genres, push boundaries, or redefine “folk music: – we simply sing songs we like to sing, in exactly the way we like to sing them. Our influences and inspirations are voices in the English, American, and Irish folk music realm, but we allow our ears a long musical leash.”