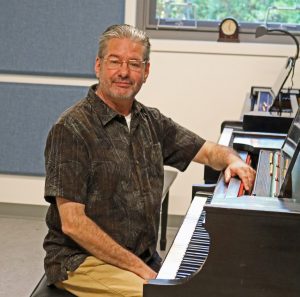 A native of Vermont, Mr. Griffin received his formal musical training at the Peabody Conservatory of Music studying with Walter Hautzig and Leon Fleisher. In 1985, Mr. Griffin gave his New York debut at Carnegie Recital Hall. Bernard Holland of the New York Times described Mr. Griffin as “serious and imaginative”, a pianist of “unusual warmth and virtuosity” who exhibited and “exceptional feel for melody’s magnetic pull”. Mr. Griffin has appeared in solo recitals and chamber music programs throughout the country as well as soloist with the Vermont Symphony and Tacoma Symphony Orchestras. He is presently a member of the Abendmusik Chamber Players. Mr. Griffin is a member of the Leschetizky Association in New York.