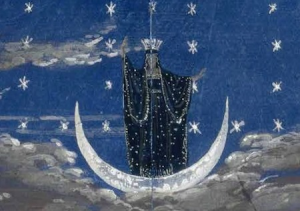 Mozart’s sublime and hilarious final masterpiece, “The Magic Flute” performance will feature well-known local voices in minor and major roles, as well as performers from New Hampshire, Massachusetts, Albany, NY and New York City. Brattleboro performers include Margery McCrum in the role of First Lady, Jim Anderson, who will sing the role of Papageno. Elizabeth Wohl as Pamina, and Emily Baker as the Queen of the Night. The Orchestra is particularly delighted that the ‘Three Spirits’ will be performed by children who live in Westminster West. New to the area is Evangelia Leontis, also singing Pamina.

Artists will sing in the language of their choosing — German, English or Spanish (supported by English subtitles on the Latchis screen) — while stage action dialogue will be in English.