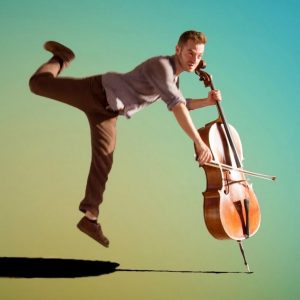 Brattleboro native Jake Charkey, a cellist whose unusual career has led him to spend the last two decades immersed in the study of North Indian Classical music, presents a program featuring the rare sound of Hindustani cello at the Brattleboro Music Center Sunday, November 13.

As one of only a small handful of cellists who play Indian classical music, Charkey has been a pioneer in the development and adaptation of new techniques for rendering raga on the cello in the style of vocal Hindustani music. In addition to his presentation of raga music, he will also perform newly composed music for cello that draws from Indian music, including a world premiere of Akshaya Avril Tucker’s “Sleep and Dream Flying” and music by Reena Esmail.