Please review our current safety protocols prior to visiting the BMC. Concert attendance requires masking for all attendees. 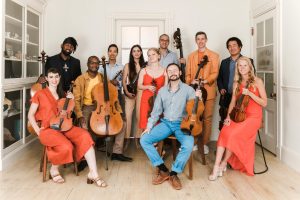 The group’s 7:30 p.m. concert, titled “Collective Memory,” will explore the connection between our lives today and our roots, traditions, and collective memory. This program features music by contemporary composers in dialogue with tradition, including Terry Riley, William Grant Still, Aleksandra Vrebalov, and Hamza el Din, as well as Croatian folksong arrangements by Lysander Jaffe.

The group’s instruments include Cox’s 1,000th instrument made in over 50 years of craftsmanship. Op. 1000 is modeled after Guarneri “del Gesú”‘s “Leduc” violin.  The other Cox instruments being played are inspired by the work of Lorenzo Storioni and Domenico Montagnana. 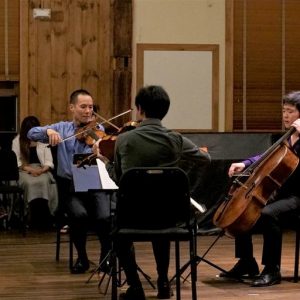 The 7 p.m. concert at the BMC will include a work titled Moon Songs by Pulitzer Prize-winning composer Shulamit Ran, who was in residence at Marlboro in 2018 and worked extensively on her music with these artists in Vermont. 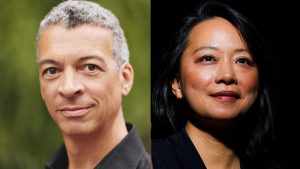 Roderick Williams is one of the United Kingdom’s most sought-after baritones and is constantly in demand on the concert platform and in recital, encompassing a repertoire from the baroque to world premieres. In 2016, he won the Royal Philharmonic Society’s Singer of the year award.

Pianist Yi-Heng Yang’s work includes collaborations on period instruments with visionary artists such as the Grammy award-winning tenor Karim Sulayman, in their acclaimed and timely album, “Where Only Stars Can Hear Us (Avie Records). She is also known for groundbreaking and provocative explorations into Romantic and Classical performance practice. She is on the faculty at The Juilliard School Preparatory and College Divisions, where she teaches piano, fortepiano, chamber music, keyboard skills and improvisation. 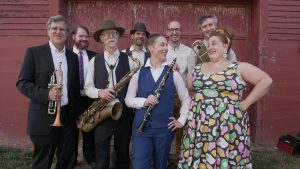 From chic to cheeky, the Little Big Band digs into the classics with aplomb and affection creating vibrant new takes on the old radio hits.

We’re making music – join us!
Interested in lessons, or joining an ensemble?  Give us a call to learn about lessons available on a wide variety of instruments at all levels. There are both online and in person options – please call if you have questions!  All in person lessons and classes will be following our general safety protocols.

The Brattleboro Music Center is supported in part by the Vermont Arts Council and the National Endowment for the Arts.